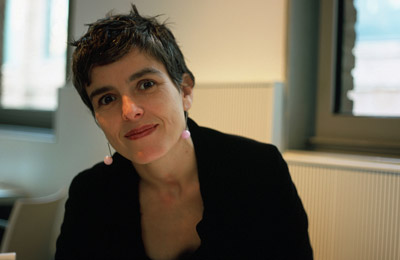 Anna Fernández was born in Barcelona in 1970. She studied journalism for two years at the Universitat Autònoma de Barcelona and obtained a degree in geography and history from the Universitat de Barcelona. She worked for three years at Radio Barcelona, Cadena Ser, and contributed as a journalist to different magazines, publishing companies, and newspapers in Madrid and Barcelona. She then joined the Centre de Treball i Documentació de Barcelona (centre for work and documentation), where she took part in producing and managing contemporary debates on the Spanish transition, an alternative to the Barcelona Euromediterranean Conference, war crimes in the former Yugoslavia, and the Gulf War.

In 1998, her life took a turn and her interest in art and stagecraft led her to join the puppet company, Per Poc, created by Santi Arnal in 1989. Together, they have formed a solid creative tandem that has taken them to big stages all over the world. In the past 20 years, the company has specialized in bringing to the stage major musical works by composers such as Benjamin Britten, Sergei Prokofiev, Igor Stravinsky, Felix Mendelssohn, and Piotr Ilyich Tchaikovsky. In all of its productions, it works on the design and creation of the shows and in many works, its plays and acting role.

Since 2015, she has been living in Sartène, on the island of Corsica, where she holds puppet workshops for children and combines her work as a puppeteer with beekeeping, after training at the Sartène Agricultural College.

In 2021, the company presented its first Baroque project with the story of Puss in Boots by Perrault, with music by Lully, Marais, etc. For 2022, Per Poc has put on El Retablo de Maese Pedro by Manuel de Falla. 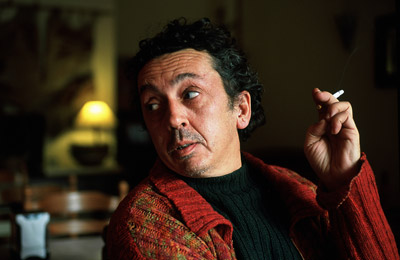 Santiago Arnal was born in Barcelona in 1958. His love of dance and theatre led him to study at the Barcelona Theatre Institute, where, having become fascinated by the figure of Harry V. Tozer, he chose the theatre discipline of puppetry. With the master Tozer, he learned all the secrets and meticulousness of building and operating string puppets.

In 1989, Santiago Arnal created Per Poc to dedicated himself to string-puppet theatre. His first shows, Jazz shhhh, alongside Camilo de la Espriella and Piccolo, forte, pianíssimo, with Karin Schaffer, already incorporated music as a star element. Later, Santiago Arnal worked with the Jordi Bertrán Company on the creation of the show Poemas Visuales and with the Teatre de Sac Company, acting in its different shows.

In 1996, he took up Per Poc again and staged the musical tale Peter and the Wolf, by Sergei Prokofiev, which opened to tremendous success alongside the Liceo Conservatory Orchestra. This initial approach to symphonic music was followed by the ballet The Nutcracker, by P. I. Tchaikovsky, in 1999, where he combined string puppets with shadow-puppet theatre. In 2000, Per Poc worked in cinema for Terry Gilliam, on the creation and construction of a scene with giant string puppets for the film The Man Who Killed Don Quijote. In 2002, he brought to puppet theatre the popular cartoon characters The Triplets to commemorate the International Year of Gaudí, with The Triplets and the Enigmatic Mr. Gaudí, which toured all the theatres of Spain. In 2004, he staged the musical Joaquín el barrendero (Joaquín the Street Sweeper), an environmentalist and pacifist allegory that denounces the political situation in Spain at the time with its corruption and the declaration of the Iraq war.

In 2006, Per Poc managed to bring a dream to the stage: the ballet Romeo and Juliet, by Prokofiev, and since then, the company has continued to propose musical works with puppets, such as A Midsummer Night’s Dream, by F. Mendelssohn; The Soldier’s Tale, by Stravinsky; The Little Sweep, by B. Britten; Petrushka, by I. Stravinsky; Master Peter’s Puppets Show, by Manuel de Falla and The Puss in Boots with French Baroque Music.